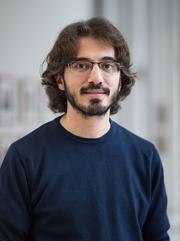 Zaid Al-Ali is the Senior Adviser on Constitution-Building for the Arab Region at International IDEA and an independent scholar.  In his work, Al-Ali focuses on constitutional developments throughout the Arab region, with a particular focus on Iraq and the wave of reforms that took place in Morocco, Tunisia, Libya, Egypt, Jordan and Yemen following the start of popular uprisings in December 2010.  Al-Ali has published extensively on constitutional reform in the Arab region, including on process design issues and the impact of external influence.  He is the author of The Struggle for Iraq’s Future: How Corruption, Incompetence and Sectarianism Have Undermined Democracy (Yale University Press 2014).  Prior to joining International IDEA, Zaid worked as a legal adviser to the United Nations in Iraq, focusing on constitutional, parliamentary and judicial reform.  He also practiced international commercial arbitration law for 12 years, representing clients in investment and oil and gas disputes mainly as an attorney with Shearman & Sterling LLC in Paris and also as a sole practitioner.  He holds an LL.M. from Harvard Law School, a Maitrise en Droit from the University of Paris I (Panthéon-Sorbonne) and an LL.B. from King’s College London.  He was a Law and Public Affairs Fellow and Visiting Lecturer at Princeton University in 2015-2016.  He is the founder of the Arab Association of Constitutional Law and is a member of its executive committee.

George Anderson held numerous senior appointments in the Canadian government, including in the Ministry of Foreign Affairs, where he worked on the patriation of Canada’s Constitution from the United Kingdom.  He served as Deputy Minister (Permanent Secretary) of Intergovernmental Affairs, and later Natural Resources. Within Intergovernmental Affairs, he was deeply involved in matters concerning the relationship between Canada’s federal and provincial governments, and the federal government’s response to Quebec’s 1995 secession referendum.

He left government in 2005 to pursue his interest in federalism as the President and CEO of the Forum of Federations, an international governance organization funded by ten federal states with programs in over twenty countries. Anderson worked on constitutional transitions in Iraq, Kenya, Nepal, and Sudan. The Forum shares experience amongst federations and provides assistance in countries considering federalism. While at the Forum, Anderson wrote Federalism: An Introduction (OUP), which has been translated into 24 languages, with over 100,000 copies in print.  He followed this with Fiscal Federalism: A Comparative Introduction (OUP), which is available in 14 languages.  He has written many articles and working papers and edited volumes on oil and gas in federations, internal markets in multi-level systems, and federal rivers.

In 2012–13 and 2015-16 Anderson was a member of the United Nations’s Standby Team of Mediation Experts, which took him to yet more countries engaged in constitutional transitions, notably Yemen and Somalia. He was a resident fellow at NYU in 2014-15, where he and Sujit Choudhry initiated a large comparative project on constitutional transitions and territorial cleavages, which will result in a major volume (OUP) and a manual published by the Centre for Constitutional Transitions, International IDEA and the Forum of Federations.  He is currently a Fellow at the Centre for Democracy and Diversity, Queen’s University.

Zoltan Barany is the Frank C. Erwin Jr. Centennial Professor of Government at the University of Texas, where he has taught since 1991. Throughout his career, his research and writing have concentrated on military politics, military sociology, and democratization globally. His current work focuses on Arab armies (especially in the Gulf) and on the transition from military dictatorship to democracy in Burma/Myanmar. He is the author of How Armies Respond to Revolutions and Why (Princeton, 2016);The Soldier and the Changing State: Building Democratic Armies in Africa, Asia, Europe, and the Americas (Princeton, 2012); Democratic Breakdown and the Decline of the Russian Military (Princeton, 2007); The Future of NATO Expansion (Cambridge, 2003); The East European Gypsies: Regime Change, Marginality, and Ethnopolitics (Cambridge, 2001); and Soldiers and Politics in Eastern Europe, 1945-90 (Macmillan, 1993). Professor Barany is the co-editor of five other books and has published dozens of articles in academic and policy journals including Armed Forces & Society, Comparative Politics, Ethnic & Racial Studies, Government  & Opposition, Journal of Democracy, Journal of Strategic Studies, Parameters, Policy Review, Political Science Quarterly, Presidential Studies Quarterly, Security Studies, Slavic Review, Strategic Studies Quarterly, and World Politics.

During the final years of the Cold War, Barany worked for the U.S. Army in Europe, CBC Radio Canada International in Ottawa, and Radio Free Europe/Radio Liberty in Munich, West Germany. He has been a National Fellow and the Susan Louise Dyer Peace Fellow of the Hoover Institution at Stanford University and has held visiting appointments at the University of Oxford, the University of Edinburgh, and at the East-West Center in Honolulu. He is a summa cum laude graduate of Carleton University (1986) and earned his Ph.D. in foreign affairs from the University of Virginia (1991) where he was a President’s Fellow and a Woodrow Wilson Fellow. He is a member of the Council on Foreign Relations (New York) and the International Institute for Strategic Studies (London). Sumit Bisarya is the Senior Programme Manager Constitution-Building at International IDEA.  He develops global comparative knowledge, policy and advocacy resources and provides technical support to in-country constitution reform programs.  Previously, he worked with the International Development Law Organization based in Rome, Italy where he was manager of IDLO’s field programmes. He designed, managed and implemented rule of law assistance programmes in Afghanistan and East/Horn of Africa (Ethiopia, South Sudan, Kenya and Somalia).

Bisarya has been engaged in constitution-building assistance programmes in a range of countries and contexts including Tunisia, Nepal, Myanmar, Kenya, Somalia, South Sudan and most recently in Chile and Ukraine.

Sedelius is the Principal Investigator of a comparative project on government performance and semi-presidentialism in Eastern Europe granted by the Swedish Research Council, 2015-2018. He is a steering committee member of the Standing Group on Presidential Politics in the European Consortium of Political Research (ECPR). He supervises PhD students and teaches comparative politics and international relations at Dalarna University.